San Diego based brewery Ballast Point began as a Home Brew Mart established and run by founder Jack White in 1992. While supplying kit and ingredients for local brewers, magic was taking place behind shop doors and Ballast Point was formed in 1996, with the introduction of their first brew, the Ballast Point Special. Today, Ballast Point stands as a pillar of the craft beer industry in San Diego and as of 2015, was reported as the country’s 11th largest brewery in the country based on sales volume according to the Brewers Association. Today they sell an array of brews ranging from their flagship Sculpin IPA to their more audacious efforts, such as Peanut Butter Victory at Sea Imperial Stout. We’re as intrigued as you are! 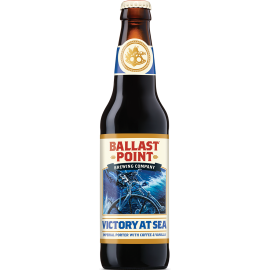