Brothers Seamus and Eamon O’Hara established the Carlow Brewing Company (also known as O’Hara’s Brewing Company) in 1996 and have been at the forefront of the Irish Craft Beer scene ever since. With a keen knowledge of the brewing history in Ireland and an awareness as to the lack of locally produced quality beer, the pair started out from the “Goods Store” in Carlow town with a mission to change the landscape of Irish brewing, taking back control from the mainstream producers who were dominating the marketplace. Today, after multiple awards and expansions, and a pub to boot, O'Hara's proudly produce an array of different brews, from traditional Irish beers to barrel-aged bottlings, they have stayed true to their ethos of honing quality craft beers. 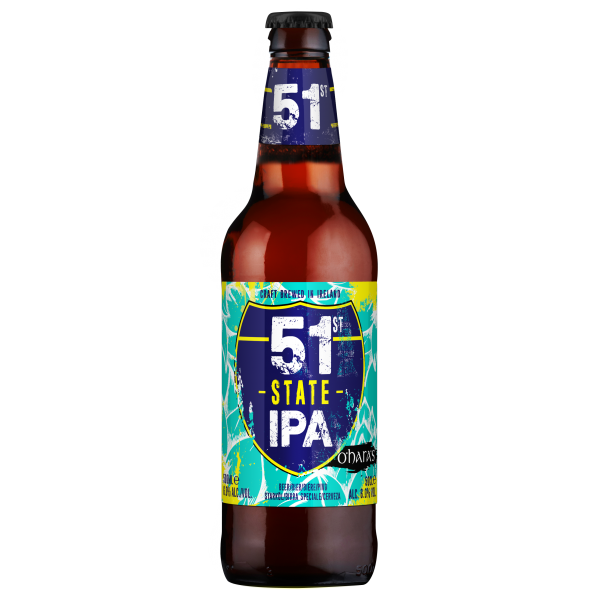 O'Hara's 51st State
An unfiltered IPA which is inspired by the New England IPA style, this hosts an explosion of tropical fruit flavours including grapefruit, passionfruit and peach to name a few. Well balanced with a smooth mouthfeel and finishing with some light to mild bitterness.Please note: Beer bottles are curren..
€2.80
Ex Tax:€2.32
Add to Cart
Add to Wish List Compare this Product
Buy Now Ask Question
Quickview 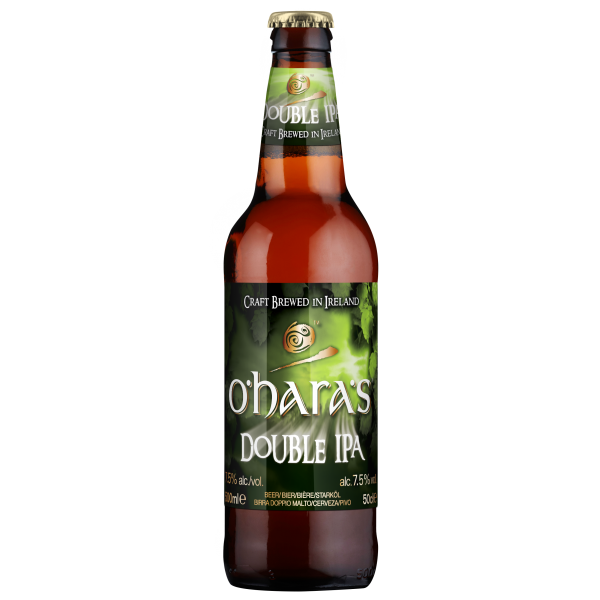 O'Hara's Double IPA
A full-bodied DIPA from O'Hara's Brewing. Plentiful caramel and malt flavours perfectly balanced with just the right amount of bitterness. Full of character and a big hit with beer lovers who enjoy this style!Please note: Beer bottles are currently only available for orders within the island of Irel..
€3.79
Ex Tax:€3.13
Add to Cart
Add to Wish List Compare this Product
Buy Now Ask Question
Quickview 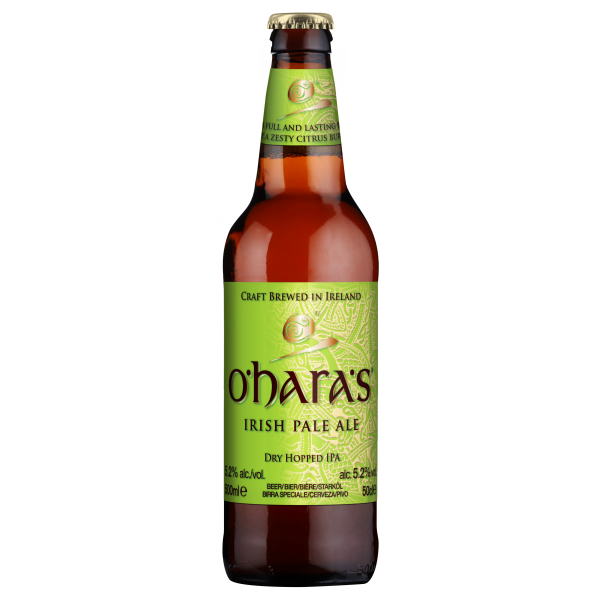 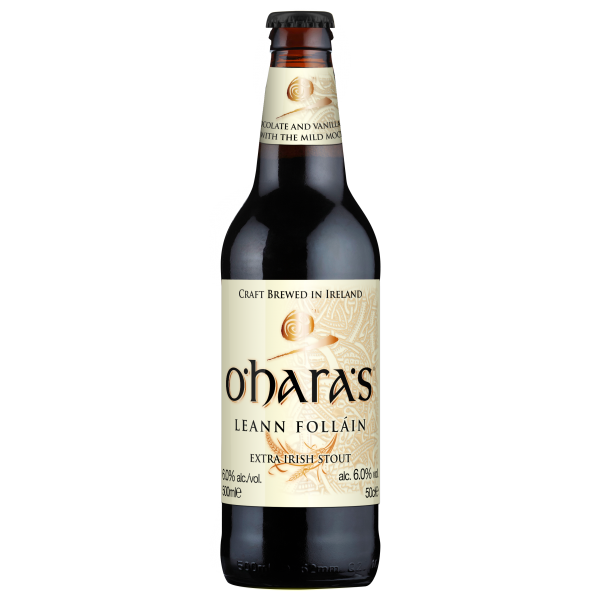 O'Hara's Leann Follain
As the name suggests (translating from Irish as 'wholesome stout'), this is a delicious, full-bodied extra Irish stout. Plenty of dark chocolate aromas as well as a hint of vanilla, this is hearty and creamy with a fresh bitter hoppiness to the finish.Please note: Beer bottles are currently only ava..
€2.80
Ex Tax:€2.32
Add to Cart
Add to Wish List Compare this Product
Buy Now Ask Question
Quickview 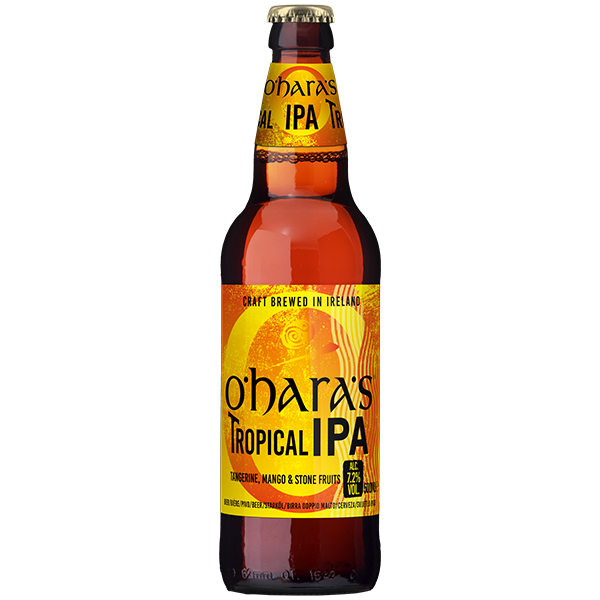 O'Hara's Tropical IPA
Summer in a glass! This IPA has been brewed with Mosaic, Azaca and El-Dorado hops, resulting in notes of tangerine, papaya, citrus and mango fill the senses, with an unctuous, creamy mouthfeel. ..
€3.79
Ex Tax:€3.13
Add to Cart
Add to Wish List Compare this Product
Buy Now Ask Question
Quickview 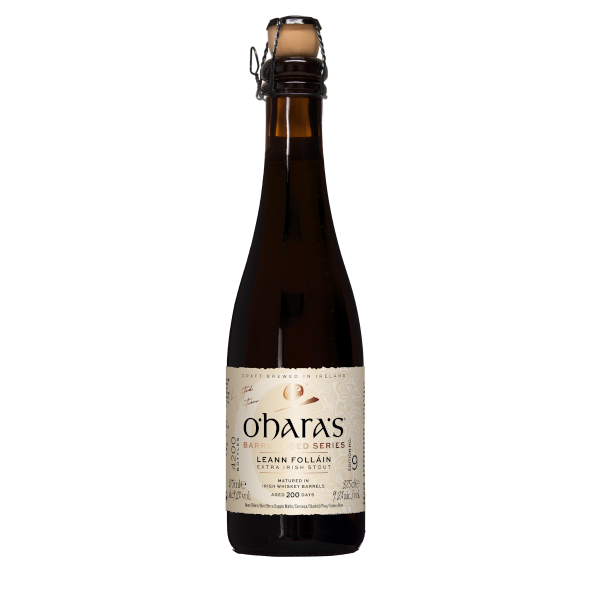 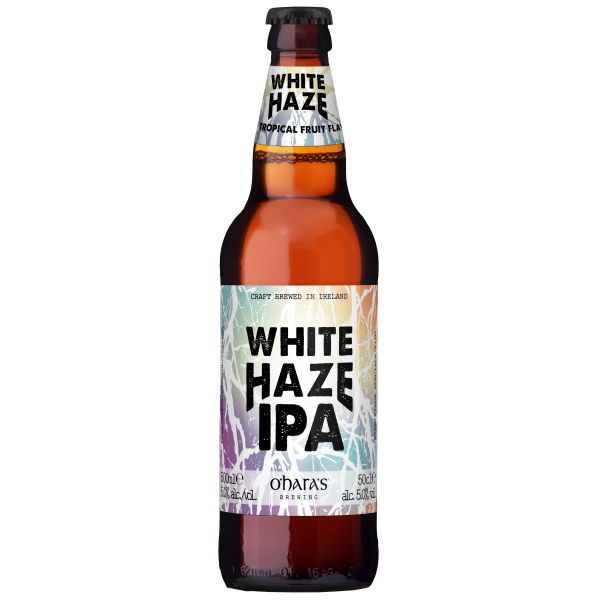