Brooklyn Brewery was founded over thirty years ago when neighbours Steve Hindy and Tom Porter took it upon themselves to inject some life into the dying Brooklyn craft beer scene. That was in 1988, and today, aided by the introduction of Garrett Oliver as brewmaster in 1994, they have secured themselves as one of the pillars of the craft brewing industry in the US. Their iconic logo is known to both aficionados and casual drinkers alike and was designed by legendary graphic designer Milton Glaser. 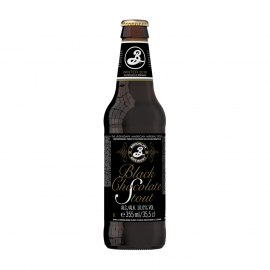 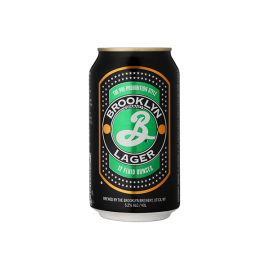 4 for €10
Out Of Stock
Brooklyn Brewery Lager
This award-winning, flagship lager is a wondrous mash of dry-hopped aromas such as grapefruit and pine, married with notes of coffee, caramel and toast from malts. Extremely versatile and easy drinking. An award winner for a reason!..
€2.50
Ex Tax:€2.03
Out Of Stock
Add to Wish List Compare this Product
Buy Now Ask Question
Quickview 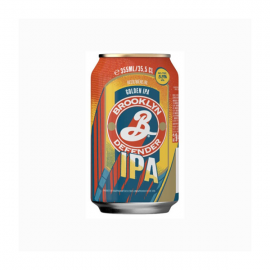 Out Of Stock
Brooklyn Defender IPA
Tropical fruits, hop bitterness and a nice dry finish are the key profiles in the Brooklyn Defender. The official beer of the New York Comic Con. ..
€2.75
Ex Tax:€2.24
Out Of Stock
Add to Wish List Compare this Product
Buy Now Ask Question
Showing 1 to 3 of 3 (1 Pages)