Known for their wheat beer or should we say weisse bier, Schneider Weisse is made in the small village of Kelheim in Bavaria. Their flagship expression 'Tap 1' is known worldwide and represents a style of beer that would have been one of the oldest beer types dating back to the 1400s. In Bavaria they started making this beer around 1500. A law called Reinheitsgebot specified that beer could only be made of malted barley. Therefore, for the next four centuries, the state had to specially authorise breweries to make wheat beer. 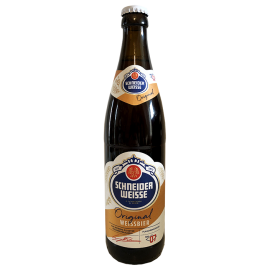 Schneider Weisse Helle Vice Tap 7
A traditional wheat beer which has been brewed to the original recipe of Georg I. Schneider since 1872. Quite strong but extremely well balanced. Please note: Beer bottles are currently only available for orders within the island of Ireland. However, if you’d like to order for outside Ireland p..
€3.45
Ex Tax:€2.81
Out Of Stock
Add to Wish List Compare this Product
Buy Now Ask Question
Quickview 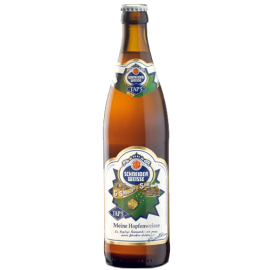 Schneider Weisse Tap 5
Golden in colour, this is bursting with fruity and floral aromas backed with a sweet, malty base which brings a calming halt to the hoppy bitterness...
€3.45
Ex Tax:€2.81
Out Of Stock
Add to Wish List Compare this Product
Buy Now Ask Question
Showing 1 to 2 of 2 (1 Pages)