Founded on a love for American beer and all things beer culture, DEYA was set up in 2015 by Theo Freyne. Through home-brewing, internships at Odells (Colorado) and Cotswold Brewery as well as a love for good beer, he started to build a recipe for what would become Steady Rolling Man but on a home-brew scale. This quickly expanded to his own taproom in Cheltenham in 2016 and since then they have gone on to produce many award-winning beers and interesting collaborations with other breweries. 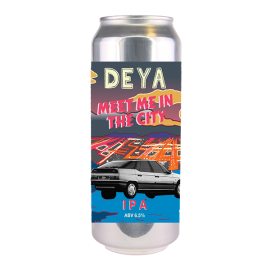 Out Of Stock
DEYA Meet Me In the City
Expect zingy citrus and sweet tropical fruit flavours from this Citra Cryo and Galaxy dry hopped IPA. Fresh, fruity and fabulous, this brew is a CRACKER!..
€7.75
Ex Tax:€6.30
Out Of Stock
Add to Wish List Compare this Product
Buy Now Ask Question
Quickview 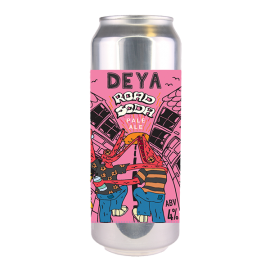 Out Of Stock
DEYA Road Soda
A sessionable, crisp, clean and hoppy Pale Ale from DEYA which is one of our go-tos after a hard days work! Meridian and Citra hops have been used along with West Coast yeast plus a blend of extra pale and Pilsmalts. Extra bonus — it's VEGAN friendly!..
€6.15
Ex Tax:€5.00
Out Of Stock
Add to Wish List Compare this Product
Buy Now Ask Question
Quickview 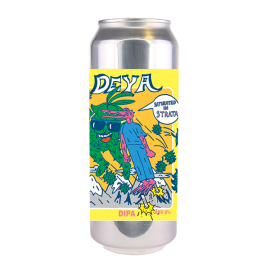 Out Of Stock
DEYA Saturated in Strata
A single hop Strata Double IPA which is big and powerful on the palate with notes of zesty blood orange and tangerine!This beer also has the extra bonus of being vegan friendly...
€8.55
Ex Tax:€6.95
Out Of Stock
Add to Wish List Compare this Product
Buy Now Ask Question
Quickview 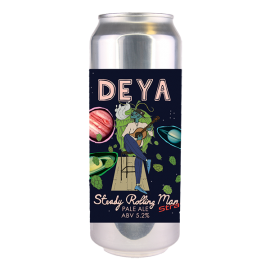