The first beer produced in Westmalle Brewery dates back as far as 1836 when the monks first began brewing for their own consumption. Twenty years later, they begin selling their beer at the gates of the monastery and due to avid interest and demand, they have been brewing and selling beer ever since. While the monks there now hold managerial roles rather than hands-on, the brewery adheres to only brewing traditional beer, using the purest ingredients, including 100% barley malt, real hop cones, sugar, home-grown yeast and its own water. 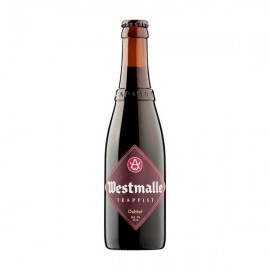 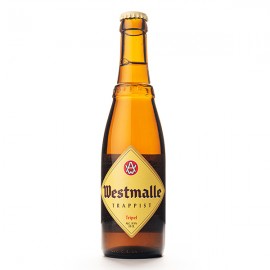 Westmalle Tripel
Or should we call it by its nickname, 'The Mother of All Tripels!' Tripel refers to the fact that ingredients are used in quantities larger than usual. It is a strong, predominantly blond beer with strong notes of hop bitterness which are combined with fruity sweetness. Please note: Beer bottle..
€4.02
Ex Tax:€3.26
Add to Cart
Add to Wish List Compare this Product
Buy Now Ask Question
Showing 1 to 2 of 2 (1 Pages)